Skip to main content
You are here: Home / Americans embrace tiny houses as the future of sustainable...

Americans embrace tiny houses as the future of sustainable living

The tri-level home offers two bedrooms and 2.5 baths as well as an additional bed and bath in the accessory dwelling unit. EngiNUity even included a deck. (Photo courtesy EngiNUity - Northwestern Solar Decathlon team)

The team of 12 NU engineering undergraduates won the 2021 Solar Decathlon Design Challenge hosted by the U.S. Department of Energy. The competition asked college students to design efficient and innovative buildings powered by renewable energy. The NU team, engiNUity, won the competition with its plans for a sustainable, urban single-family home, with 2,326 square feet of living space. In the past, teams would construct real-size models of homes. However, due to COVID-19 restrictions, this year’s participants worked virtually and submitted building designs as their final product.

The size of the dwelling places it outside of the range of tiny houses — usually sized between 100 and 400 square feet. But it is still compact, meant for a narrow 25 x 125 feet plot, making the trend toward smaller, more energy efficient homes.

“We tried to be financially and socially sustainable by having a separate dwelling unit on the first floor that could be used in a variety of ways to help people age in place,” said Saahir Ganti-Agrawal, a Northwestern sophomore studying Materials Science.

An accessory dwelling unit is an independent housing unit on the same lot or attached to a standard single-family residence. In Chicago’s South, Southwest, and East zones, the city council set a cap of two ADU permits per block per year. The unit can be an apartment over a garage, a basement unit, or even a tiny house in the backyard. They can serve multiple purposes, such as housing for adult children, office spaces for home businesses, rentals for extra income, and age-in-place retirement options.

Although some people may think these smaller housing alternatives represent a fad, recent data shows that many Americans look favorably upon tiny houses and would even live in one.

Respondents ranked affordability, efficiency, eco-friendliness, and a minimal lifestyle as the most appealing factors for turning to tiny living. The survey also reported that the median price of a tiny home runs between $30,000 and $60,000 with the median price of a traditional starter home at $233,400. However, only 53% of respondents said they could afford a starter home, while 79% said they could afford to buy a tiny home.

Many of these considerations drew Haley Van Bellingham to live in her current mobile tiny house in Schenectady, New York: “It definitely had a lot to do with creating a smaller footprint, but we also decided it was a good compromise as full-time caretakers of my grandmother to have our independence and privacy… It’s convenient because we can stay on her property but still get on with our lives,” she said. Van Bellingham, a writer, lives with her current partner in their tiny house which provides plenty of flexibility. One bonus for the 29-year-old is that, after three years, she has already paid off 50%-60% of her tiny house mortgage.

This is a result that Jean-Philippe Marquis, vice president of Minimaliste Houses, has seen first-hand.

Founded in Quebec in 2015, Minimaliste Houses is a company involved in the North American housing market that builds tiny houses on wheels. Marquis described a large portion of the company's target market as young professionals and people looking to make long-term investments since their houses are built to last up to 60 years. Minimaliste plans to target a younger demographic of Americans who enjoy traveling from state to state.

“We have a new product coming right now that is more of a four season RV, targeting people that want to be nomads and travel no matter the climate or students who want to invest in something at an earlier age and live full-time in it while they’re at school.”

Most notably, Minimaliste prides itself on its sustainable development perspective. While the size of their houses — about 200 to 400 square feet — already allows for a smaller carbon footprint, the company designs every aspect of the building and delivery of their units to minimize waste. Thanks to emails with customers and Zoom calls with design teams, there is almost no travel involved. Minimaliste uses a computerized saw to minimize the loss of materials and solar panels on the company’s shop to lower its carbon footprint. The units run on the minimum amount of electricity and heating necessary, with energy conservation integrated into the construction. Their houses can even save 12% in energy per year with the use of a mini-split air conditioning system. While traditional new homes usually have 2.1 air changes per hour (ACH), Minimaliste’s tiny homes allow for 1.12 ACH which is airtight for dwellings under 350 square feet. 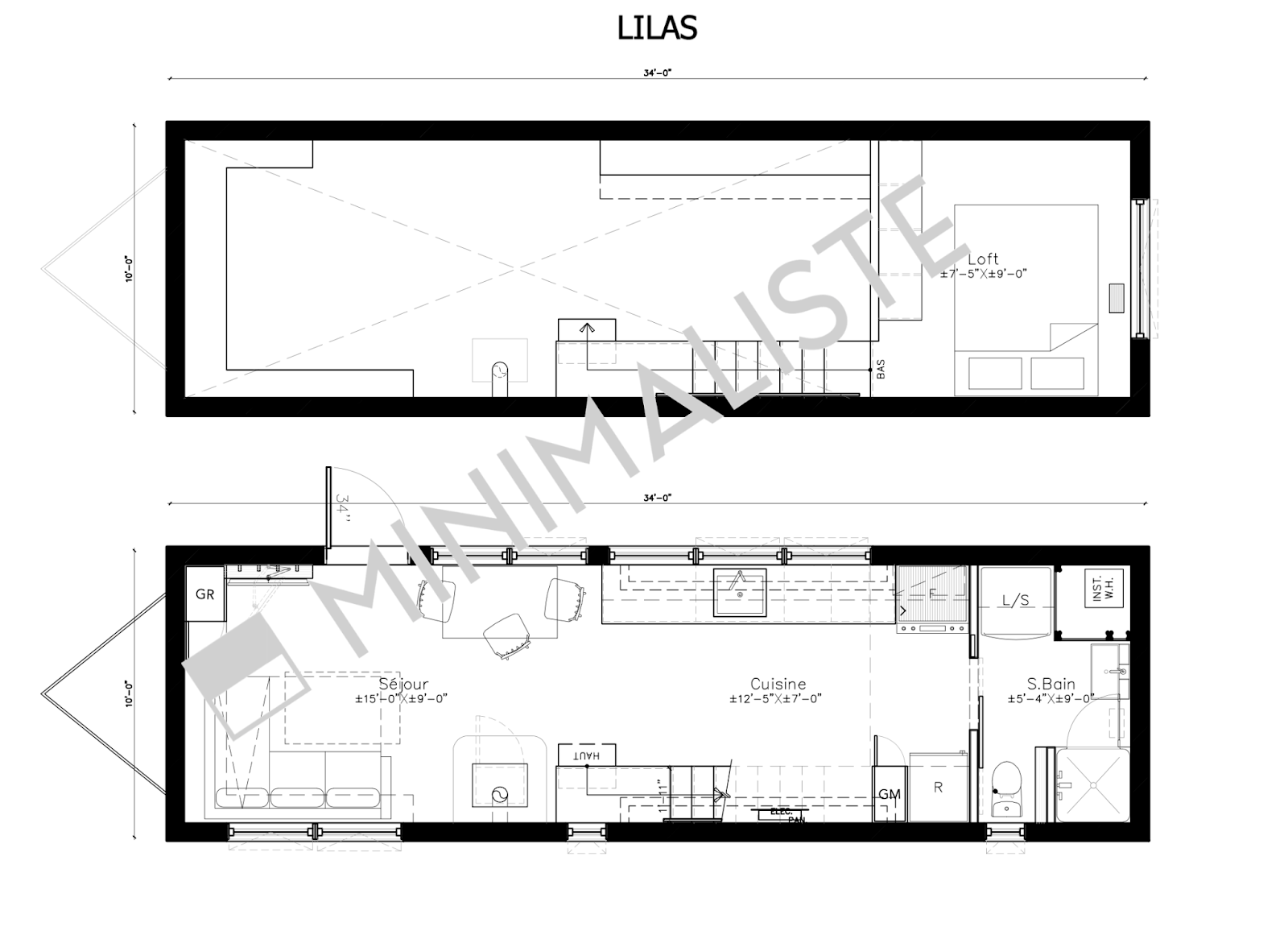 While sustainability is not central to the missions of all tiny home companies, builders recognize that it is a priority for many of their customers. “When it makes the most sense financially and feasibility-wise, we do try to pay attention to the materials that we use,” said Byron Denhart, the owner of Switchgrass Tiny Homes, based in Urbana, Illinois. “We are down to one planet, let’s not screw it up (… ) Some of our customers really take that to heart when they are choosing the materials and choose something very specific and sustainable.”

Kol Peterson started Caravan, the tiny house hotel, in 2013 with his ex-wife before the trend of tiny houses took off and before HGTV even aired shows about tiny houses. The idea for the Portland, Oregon, hotel, which swaps traditional rooms for individual mobile tiny homes, stemmed from Peterson’s interest in small, environmentally friendly housing and his ex-wife’s interest in traveling. Peterson’s watched the ADU market expand since Caravan’s inception and has recently seen it pick up steam in Portland.


“We just passed the first legislation anywhere in the United States two weeks ago,” for tiny mobile homes, said Peterson. “August 1st, it allows people legally to live in tiny houses on wheels and RVs anywhere in Portland, so there is a pretty robust market now where people are thinking more legitimately about tiny houses because there is a legitimate regulatory pathway.”

While many cities and states, including Illinois, are starting to pass more flexible regulations, allowing for the creation of ADUs and tiny houses, the momentum across the United States is gradual due to strict guidelines for what legally constitutes a habitable dwelling.

“They (tiny houses) are becoming more popular, and younger people are more environmentally conscious,” said Van Bellingham. “We are running out of space, so there is nowhere to go but small.”

Tags:
sustainability, tiny houses, tiny homes, Northwestern, illinois, Solar Decathlon
How do you move the Planet Forward? Tweet us @planet_forward or contribute to the conversation with your own story.

The benefits of reusable menstrual products

Each basketball season, UConn's Office of Sustainability and UConn Athletics partner to host a Green Game Day at Gampel Pavilion to promote recycling and engage with the community. (Maggie Singman)

Deep-fried crickets are a common snack in Thailand. (Takeaway/Wikimedia Commons)

Makena Roberts
George Washington University
Bite me: Fighting back against invasive species one course at a time

Katie Perkins
Planet Forward Correspondent | Texas Tech University
Together we grow: Aquaponics can change the way we grow food in the desert and beyond