Skip to main content
You are here: Home / Innovative Ideas, Both Big and Small, to Solve the Drought...

Innovative Ideas, Both Big and Small, to Solve the Drought Crisis

As a Golden State native, I won’t get offended if you call Californians shallow. It’s true; our water supplies are quickly dwindling.

As an area of the country critical to the agricultural sector of the U.S., the drought has become an increasingly important issue to Californians — and the country as a whole. Water use and availability is also a huge issue in arid regions of the world, as well as in areas that don’t have widely available water infrastructure.

In response to the crisis, I explored some of the innovative ways people are finding clean, potable water. Here’s what I found:

Perhaps the easiest way to get access to water is to harvest whatever forms of condensation and precipitation are available in the surrounding environment — without, of course, pumping from underground resources. Typically this means local rainwater catchment in the form of drains, canals, stormwater collection ponds, and reservoirs. Some savvy homeowners even collect condensate from their air conditioning units using nothing more than a bucket and reuse that water in the garden.

One really cool innovation in the realm of water catchment is Warka Water, an invention by Italian industrial designers Arturo Vittori and Andreas Vogler. These 30-foot-tall, vase-shaped towers named after a fig tree native to Ethiopia integrate biomimicry through its design to extract gallons of water pulled literally out of the air.

Another way to increase access to water is to simply recycle water. And yes, the thought of bathing in — much less drinking — what used to be in someone’s toilet might ick you out at first, but we already have incredible technology that can be used to treat water of any quality. For example, Singapore has a water management strategy that involves high-grade reclaimed water, produced from treated used water, which is then purified further using advanced membrane technologies and ultraviolet disinfection. This means that Singapore’s reverse osmosis reclaimed NEWater is ultra clean and safe to drink.

Most cities, however, don’t have extensive wastewater recycling facilities. What the typical homeowner can do, however, is install a gray water system that takes used water from sinks, showers and washing machines and puts it to use for toilet flushing or irrigation. Since the water would become dirty and be flushed away anyway, it makes sense to reuse old water instead of using perfectly clean water for these purposes. 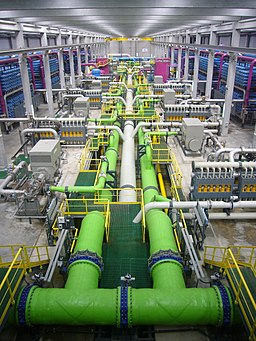 Many cities across the West Coast and Eastern Seaboard have turned to desalination — getting the salt out of water taken from the ocean — as a source of water. The current process of treating seawater is reverse osmosis, which uses polymer membranes to filter saltwater. However, this process requires a lot of water pressure, which therefore uses a lot of energy. To address this issue, some scientists have started working on graphene membrane technology, which are thinner and more porous versions of today’s reverse-osmosis filters. As MIT News writes, the key to energy efficient membrane filtering is having very precise control over the size of the holes in the graphene sheet in order to hit the “sweet spot” where salt molecules are blocked but water molecules can pass through. The pressure needed to push water molecules through these membranes is much lower, meaning energy requirements are lower, too.

Finally, it’s important to make the distinction between the goal of increasing water availability and conserving water through use reductions. While the former is absolutely crucial, especially in arid regions of the world, conservation-focused strategies are the easiest — and perhaps most cost-effective — ways for individuals to get involved in drought solutions. Some common fixes are to switch out old fixtures with low-flow showerheads, high efficiency toilets and aerators on faucets. For California readers, Dropcountr is an app that connects people and their utilities by presenting information on their current water consumption, showing them if their usage is above average, and helping them set a reasonable water budget.

Dropcountr from Dropcountr, Inc. on Vimeo.

Another area where water conservation can happen is in your front and backyard. Did you know that 30 percent of water used for lawns and outdoor landscaping is lost to evaporation? That means it makes a big impact when decorative grass is replaced with drought-resistant native plants. Another low-tech shortcut to water-efficient gardening is to use a terra cotta olla irrigation pot. These pots are buried beneath the ground, with just the opening at the ground’s surface. It’s then filled with water, which gradually seeps through the pot’s micropores into the soil. The speed at which water seeps through to the soil is regulated by soil moisture tension created by nearby plants. This means that without any timers or sensors, the soil is kept moist and not over-watered. These pots are also efficient because not only do they collect rain, but little to no water is lost to evaporation. 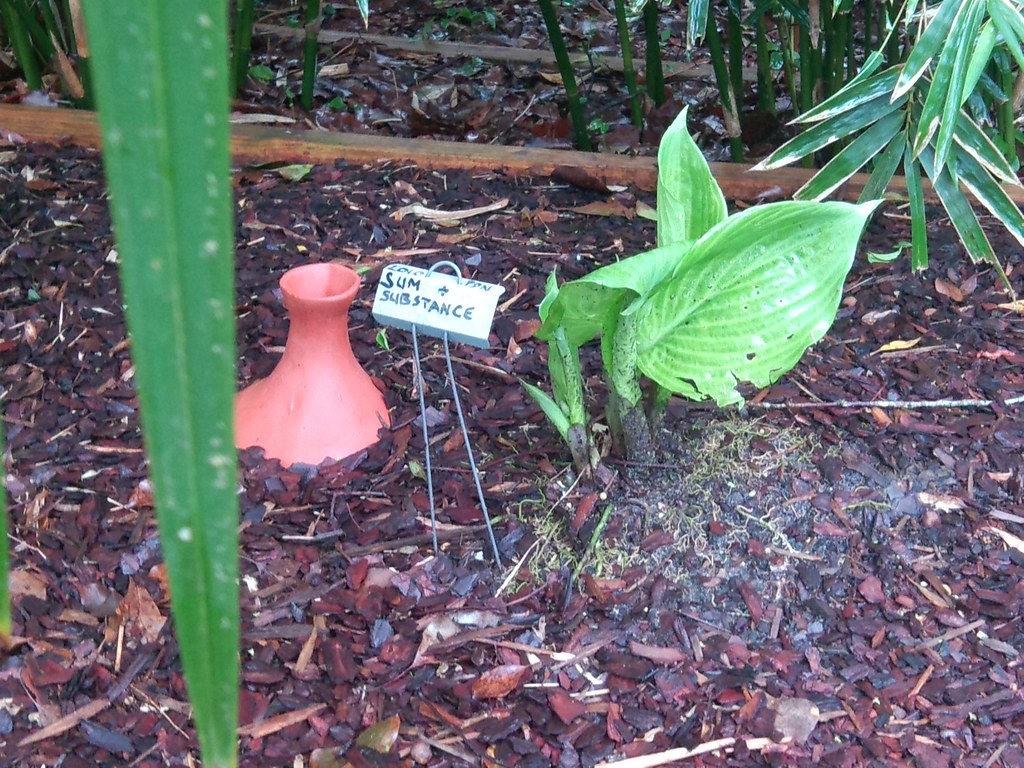 An olla pot is used by burying it in the ground near plants to offer moisture as needed directly to the roots. (Source: moccasinlanding)

Some really cool upcoming apps, which came out of LA Futurethon, also might make conservation fun and easy: for example, Terracotta and Garden Gnomy are future apps for sustainable landscaping and gardening that analyze your yard layout, keep a plant inventory and make it easy to reduce irrigation use. DewGood is an upcoming atmospheric water condenser and irrigation device that will pair with an app connecting users to resources and assisting them in removing turf from their yards, and add or take care of drought-tolerant native plants.

To recap, there are a lot of simple and interesting technological solutions to the drought crisis ranging from water catchment, water reuse/recycling, desalination and water conservation. To solve the problem, we’re going to need to make use of all these ideas, as well as encourage innovators to build upon these as well as implement new ones.

(Photo at top: A dry and cracked riverbed in California. / Source: National Oceanic and Atmospheric Administration)

Tags:
Water, Desalination, conservation, Efficiency, warka water
How do you move the Planet Forward? Tweet us @planet_forward or contribute to the conversation with your own story.
Related Content Hub:

Climbing rocks and revenue in the not-so-flat Midwest

A climber navigating Slugg’s Bluff, the 80-foot-tall quartzite cliff that climbers have been enjoying since the 1970s. (Courtesy of the Upper Peninsula Climbing Coalition)

Listening to live or recorded natural sound can connect us and provide valuable information about the state of our environment. (Chris Zatarain)

A place that holds many memories: The Salinas Pink Salt Lagoon. (fazeful/Istock license)

Maze-goers walk through the entrance of the At’l Do Farms maze made up of seven different crops designed to reduce the amount of water required to grow in a drought-stricken West Texas landscape. (Katie Perkins)

Julia Paige-Carter
Planet Forward Correspondent | Arizona State University
Bite me: Fighting back against invasive species one course at a time